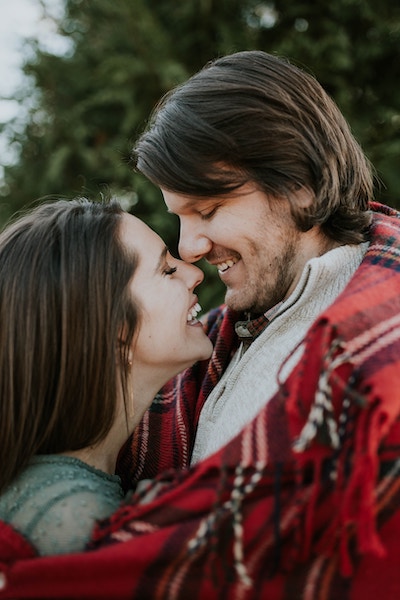 Has your dream marriage turned into a nightmare? Are you facing the future with a hopeless feeling that nothing in your relationship will change?

When you’ve been together for years, and you’ve tried everything, it’s so easy to just settle into “I guess this is just the way it’s going to be”.

Let’s take the next seven weeks to explore how we can stop settling and start building our dream marriage.

What is a dream marriage?  It’s a relationship where there are deep feelings of safety, connection, passion, and joyful aliveness.

Who wouldn’t want that?

But I’ve learned from experience, you won’t get there unless you change how you relate to each other.

Someone said (probably not Einstein), “Insanity is doing the same thing over and over again and expecting a different result.”

So for the next seven weeks, let’s talk about DOING SOMETHING DIFFERENT!

Here is the first of seven powerful steps we will take over the next seven weeks that will help us build our dream marriage!

Disconnection is the fundamental problem that keeps us from the relationship of our dreams.

It’s not poor communication per se, or differences we can’t reconcile, or conflicts we can’t resolve, or even problems we can’t overcome. You can conquer all these, and still feel just as disconnected.

Couples fight for one fundamental reason: They feel disconnected and don’t like it!

What’s the answer? Reconnecting your disconnected relationship of course. Connection is everything.

You won’t solve your marriage problems by talking about the problems.

Buried beneath every marriage problem is a hidden desire for connection.

That’s right. The great paradox is that your partner is a “pain in the neck” because he or she wants you. It’s as simple as that.

It’s connection that we all long for. If we get that, working through problems together is a piece of cake.

Let’s look at how the Imago Couples Dialogue helped Karissa and Doug, not just solve a problem, but reconnect their disconnected relationship.

BEFORE THE COUPLE’S DIALOGUE

Karissa: “The problem is that Doug never helps me discipline the kids! I feel like I have to be the bad parent and he always gets to be the good guy!”

Before I could direct her to dialogue with Doug, she was already complaining to me. And then Doug jumped right in with his own reaction.

Doug: “Help you discipline?! What do you mean? You make every decision and you’re so controlling and overprotective. It’s going to ruin our children. And you want me to help with that?!!”

At first glance you see only the problem – what they’re fighting about. You don’t see their desire for connection.

Their desire for connection was buried deep beneath a flood of pain, negativity, and defensiveness.

Karissa’s and Doug’s self-absorption only allows them to see their own reality and not the reality of their partner. Doug sees her as critical and controlling. She sees him as never helping, and leaving her to do all the hard work with the kids.

And what does all this this criticism, labeling, and name calling result in? Feeling even more disconnected in their relationship.

That’s why trying to fix a relationship problem usually makes it worse. Because the problem is not the problem. The real problem is the feeling of being disconnected.

AFTER THE COUPLE’S DIALOGUE

The Imago Dialogue process went like this. After an appointment was made, and an appreciation was given by Karissa to Doug, she asked to share her frustration with him.

Doug’s role was to MIRROR, VALIDATE, and EMPATHIZE.

(Note to self: Always ask for an appointment for a dialogue. Respect your partner’s boundaries. And always share an appreciation before sharing a frustration.)

Karissa: “The problem is that you never help me discipline the kids. I feel like I have to be the bad parent while you always get to be the good guy.”

Doug: “What I hear you saying is that I never help you with the discipline of our children. And you feel like the bad parent while I always get to be the good parent.

“Did I get that? (checking for accuracy)

“Is there more about that?” (increasing curiosity)

At this point I coached Karissa to incorporate “sender responsibility” which means to not use accusatory or critical words, or statements like “you never…”, but rather to talk about what she felt when she saw Doug not helping her. And then to connect that with what it reminds her of when she was younger. After that I prompted her to share any deeper fear she became conscious of.

Karissa: “I feel so all alone. It’s like when I was little and my parents were arguing, and things felt out of control, and I felt helpless to do anything about it. My brothers and sister would just leave, and I felt so all alone and responsible. My biggest fear is that you’ll never be there for me and I’ll be all alone.”

You could see tears welling up in Doug’s eyes.

Doug: “What I hear you saying is that you feel all alone. Like when you were young and your parents argued and you felt things were out of control and you felt helpless. No one was there for you and you felt responsible. When I don’t help you with the children you feel that same sense of helplessness and being alone. And you fear that this won’t change and that I won’t be there for you.”

“Is there more about that?”

The dialogue continued. Then I asked Doug to SUMMARIZE what Karissa was saying.

Then I asked him to VALIDATE her.

Doug: “Karissa what you’re saying makes sense. I can see how, when you don’t feel supported by me in your efforts to discipline our children, you feel alone. And then all those feelings of helplessness you had when you were little and your parents were fighting all come back, and you feel extremely alone and helpless to do anything. And it makes sense that my lack of support would cause you to fear that this will never change.

“Is that the validation you need?”

Doug learned that he can validate Karissa without having to agree with her.

He disagreed with how she was disciplining the children, but through the dialogue process, he could regulate his defenses enough to see how Karissa’s inner logic made sense, even though he saw things differently.

Then I asked Doug to EMPATHIZE with Karissa.

Doug: “I can imagine not having me present with you in the discipline of our children feels really lonely and scary. That must be very hard for you.

“Am I’m empathizing with what you’re feeling?”

Suddenly Karissa felt like Doug was truly being present with her. Her pain began to lift, and her anxiety dissolved.

Then she felt an openness to hear Doug’s perspective through the dialogue process.

And here are some of the things that came out of that process as Karissa MIRRORED and VALIDATED Doug, and then EMPATHIZED with him.

Doug felt left out because Karissa always went ahead of him in to discipline their children without consulting with him. This triggered Doug’s childhood feelings of inadequacy. He never felt he could please his dad.

Doug feared that their children would not receive good parenting, because Karissa was too controlling.

Karissa was able to see that Doug had wisdom to add to their parenting process.

The dialogue helped Karissa regulate her own emotional reactions enough to see and validate Doug’s reality. This activated a new process where Karissa and Doug were able to “re-compensate” for each other.

“Because you have validated me, I feel open to seeing new things which I can validate in you.”

In our example, the boundary shifted where Karissa’s anxiety was relieved and she became less controlling. Doug, on the other hand, felt safer to become more engaged and present with Karissa in their approach to child discipline. Wow!

This was the beginning of a new way of doing things. Karissa not only felt supported, but Doug’s wisdom was also integrated into their parenting process.

With this skill now in place, Doug and Karissa now know how to use problems like this to bring them closer together rather than blow them apart.

The first step to building the marriage of your dreams is to reconnect your disconnected relationship!

Let me know your thoughts below!

Meanwhile, if you haven’t already… 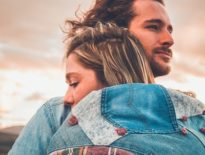 Healing and Growth in Marriage Build your dream marriage part 2: Turn conflicts i… 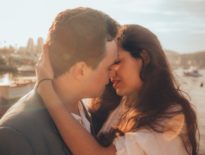 Marriage Communication Turning marriage conflict into an opportunity for …