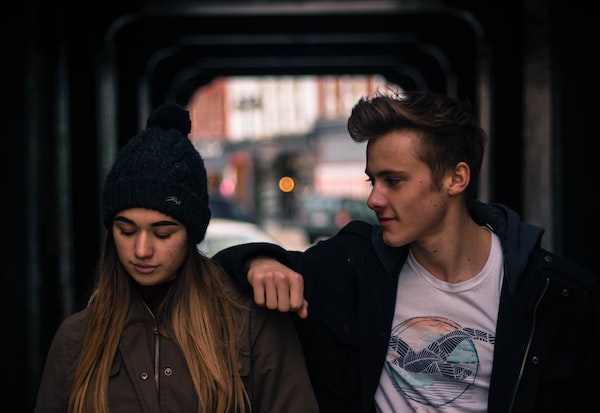 Mike’s anxiety and depression got so bad he finally hit a wall. Having almost lost his marriage, he can now barely even function at work.

How did he get so stuck? And what can his wife Jen do to help?

This article describes three ways Mike and Jen worked together to transform their marriage into a powerful agent of healing.

The symptoms of anxiety and depression

If you or your partner are weighed down by anxiety and depression, keep reading to learn three ways Jen and Mike worked together to overcome it.

The fundamental cause of anxiety and depression: DISCONNECTION

Feeling connected with a loved one who is attuned to us makes us feel alive and whole. Our brain triggers happy chemicals like dopamine, oxytocin, and serotonin which makes us feel joyfully alive.

But when that connection is interrupted, the brain triggers the release of cortisol and the sensation of full aliveness is replaced with anxiety.

If anxiety is not relieved, it can increase and become an anxiety disorder which is the most common mental illness in the USA. Anxiety disorders include panic disorder, phobias, social anxiety, obsessive-compulsive disorder, and post-traumatic stress disorder (PTSD).

In Mike’s case the anxiety and depression that began in childhood followed him into adulthood and his adult relationships.

And now feelings of disconnection in his relationship with Jen were triggering those old wounds resulting in increased anxiety.

Growing up, Mike’s parents valued intellectual development, but lacked in the emotional skills to help him feel connected. He grew up in a home where success was a high value. The stress at times was unbearable.

If he got an A on a test, the message was you should have gotten an A+. Acceptance was conditional upon his being a good boy and performing well.

Mike dealt with his anxiety by suppressing it and trying harder. Everyone applauded him as a high achiever. No one realized how little value he felt apart from what he did to please people.

Mike was a successful medical doctor. But he was stuck in a career he hated; one that provided the image of success, but had nothing to do what he was passionate about. He felt powerless to change his situation.. “What do you do when you’ve invested 10 years in medical school and another 10 years building your practice? You can’t just walk out on that and start over.”

And yet, now things had taken a turn for the worse. Having taken a toll on his relationship with Jen, Mike could no longer function at work. He was finally forced to deal with it.

He also feared what this would do to their children. Plus, there was a looming fear of what would happen if he were diagnosed with a mental disorder. How would that affect his career as a physician? All of these stresses added to his anxiety.

In an attempt to deal with his depression Mike started drinking more alcohol. This led to increased feelings of isolation and disconnection, which in turn increased his anxiety.

The fundamental cure for anxiety and depression: RECONNECTION

The fundamental cure for anxiety is found in reconnecting with your marriage partner in a healing relationship.

When Mike and Jen came to counseling, this was our goal through Imago Relationship Therapy.

But what if depression, self medication, and lack of motivation are all working to keep them from reconnecting? Shouldn’t Mike work on himself first, and then work on the relationship?

The commonly held view that you should work on yourself before you can work on your relationship is simply not true.

If the ultimate solution to anxiety and depression is found in connection with your intimate partner, then your therapeutic approach should be to help reconnect you, not separate you.

We decided that Mike and Jen would work together – to use every effort to deepen their connection with each other, rather than having Mike work on himself without Jen.

But you say, “What if Mike is too depressed to work on the relationship? What if his drinking is blocking their ability to reconnect?”

At first this was not an easy sell. Jen was told by another counselor that Mike needed to deal with his “alcoholism” before they could have a healthy relationship. I cautioned Jen about labeling Mike an “alcoholic” because, if we do that prematurely, it can serve to reinforce negative brain pathways.

Of course alcoholism can be a problem. But what if Mike’s increased alcohol use is simply an unconscious attempt to manage his anxiety? The solution would be short sighted if Mike were labeled an alcoholic and sent off by himself to fix that. Everyone could then blame Mike’s “alcoholism” for their problems. On the other hand, if Mike’s deeper anxiety issue can be solved through reconnecting and processing everything with Jen, that might help resolve not only the drinking problem, but their other problems as well.

So here are the three steps I asked Mike and Jen to take together using Imago Relationship Therapy.

“Mike, you gotta take a break.” We’re talking about lowering stress levels by taking time off.

At first Mike said, “But I can’t afford to do that.”

My question was, “How are you going to afford it when you have a complete breakdown?”

Why is taking a break important? To temporarily alleviate unnecessary external stress.

Anxiety persists even after your stress has been reduced. But if you don’t reduce your stress, it will only create more anxiety which, in Mike’s case, was already overwhelming and debilitating.

So Mike took a medical leave of absence. Jen was committed to this with him. And together they got on a regular program of

We also encouraged Mike to avoid caffeine, alcohol, and nicotine. Jen was good with all of this except the caffeine part. We all have our limits. 🙂

Low levels of serotonin are linked to chronic depression. Mike’s serotonin level had become so low that his body could no longer restore it on its own.

This explained why Mike could not come out of his depression on his own. He needed medication that would help restore his serotonin.

His low levels of serotonin also helped explain why he started drinking more. Mike learned that alcohol was not a good way to cope, because alcohol decreases the brain’s absorption of serotonin. By raising Mike’s serotonin level through prescribed medication, his need to self-medicate with alcohol diminished.

SSRIs (Selective serotonin reuptake inhibitors) are approved by the Food and Drug Administration (FDA) to treat depression. They are the most commonly prescribed antidepressants.

If you or your partner are in a similar place, check with your doctor about giving you a prescription, and always be aware of cautions and possible side effects.

There is no reason for embarrassment if you need to take medication.

It does not mean that you are weak. Sometimes anxiety and depression get bad enough to become a brain chemistry issue rather than a psychological issue. At that point we need to address the biological side of it.

These medications are essentially food for the brain. They restore serotonin and other chemicals you can’t produce for yourself.

The good news is that medication can help you return to a point of being able to deal with your issues on a psychological level because the pain isn’t making you dysfunctional.

That’s what medication is for!

Someone said, “It is hard to be a philosopher and have a toothache at the same time.”

Sometimes you need to lower your pain level to a certain point in order to become functional again, so you can work on fixing the real problem.

So Mike, with Jen’s support, took steps to lower his stress levels and balance his brain chemistry.

With anxiety and depression, the brain and the heart muscles have cells called neurons that can fire as a group. When this happens, they wire together and form a network, or “groove,” which can become deeper and deeper. Therefore, negative thoughts literally shape the brain structure to form negative neural patterns. These habituated “grooves” in our organs and regions of the body trigger us into feeling and acting in certain ways. These grooves produce habits. So, in part, anxiety and depression become habitual.

How do you change these negative neural pathways related to anxiety and depression?

Most people underestimate the power of these simple marriage tools.

A regular regimen of tools we use, including Safe Conversations, Appreciations, Caring Behaviors, One-minute Full Body Hugs, Positive Flooding all work to rewire brain pathways and kickstart the release of happy hormones like dopamine, oxytocin, serotonin, and norepinephrine.

If you engage in these prescribed positive behaviors over and over again, you will “re-groove” the muscle memory or the nervous system patterns, so that instead of automatically triggering self-destructive behavior, these new patterns orient you toward joyful aliveness and feeling connected.

Analysts have done brain scans showing that these kinds of exercises done over time can shift your default condition back to joyful aliveness rather than negativity, anxiety, and depression.

Because we helped Mike and Jen deepen their connection with each other during the first two steps using Imago Dialogues, we were able to add these exercises that help rewire brain pathways.

So how is this working for Mike and Jen?

It’s slow, but they are making progress.

And since their focus through this whole process was to reconnect with each other, they will tell you everything is better.

Many things about their future are uncertain but one thing is for sure – they will face it together.

3 ways to help your partn… 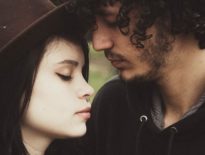 Marriage Does your partner want to leave you? Here are 9 th… 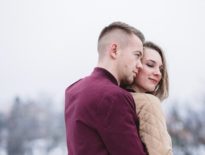