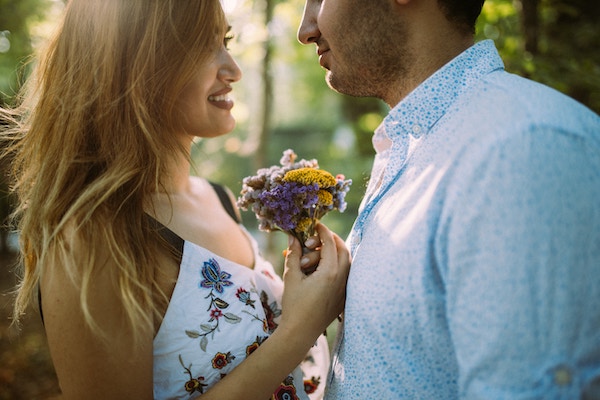 Sophia and Ian struggled for 11 years trying to make their marriage work. Despite their unhappiness and not feeling in love, they were committed to stay together, if nothing else for the sake of their children.

They managed to survive their lack of intimacy by finding feelings of aliveness in things outside their relationship.

For Ian, it was his work building a business which was now thriving, and regular involvement in their kids’ sports programs.

For Sophia, it was managing her job in a high tech company, involvement with the kids, and regular nights out with her girlfriends. To the world outside they had a pretty normal relationship.

Then the unimaginable happened. One day Sophia announced she wanted a divorce.

Turn your crisis into your opportunity to fall in love again

Often the increasing pain of feeling disconnected causes one partner to eventually hit a wall and want out. To make things even more complicated, over the past six months Sophia had become emotionally involved with one of her coworkers.

Ian was in shock. He knew their marriage was not great, but this?! He never saw it coming.

But this crisis became a wake up call, and for the first time Ian began asking what part he had played in the relationship’s failure.

Fortunately Ian saw this crisis as his opportunity to begin a new relationship with Sophia.

Reluctantly Sophia agreed to come with him to counseling.

Deal with the root cause of your relationship failure

During our first session Sophia made a commitment to end her emotional relationship at work for six weeks in order to work on their marriage.

Ian and Sophia began using the Imago Couples Dialogue to uncover the root cause of their disconnection.

They learned how Ian’s unconscious fear of intimacy continually drove him to withdraw emotionally from Sophia whenever they had a conflict. When Sophia would overreact and complain and criticize Ian, it caused him to withdraw even further.

Ian learned how his avoidance of conflict had left Sophia feeling lonely for many years. He also discovered how his actions triggered deeper feelings of abandonment that Sophia felt from her childhood.

They both began to understand how this repeated pattern of unconscious reaction to each other was at the root of all their relationship problems.

As they slowly removed these unconscious barriers to intimacy, hope for their relationship began to grow.

Have faith that you will fall in love all over again

It’s a proven fact that if you remove all negativity from the space between you and start doing loving acts toward each other, you will fall in love again. It’s what we now know as basic brain science.

Ian and Sophia could not believe this at first. Their feelings for each other were so dead they were certain they would never love each other again.

But in time they became believers.

Your feelings always follow your thinking and your actions.

And sometimes you have to take that by faith. Do the right things and you will fall in love again!

It does take time and effort. Brain pathways of fear and anger must be replaced by new pathways of love and joy.

Also, how could Sophia instantly turn off her feelings for someone she had been emotionally involved with for six months?

And how could Ian overcome the feelings of betrayal and learn to trust Sophia again?

Despite these seemingly insurmountable obstacles, Ian and Sophia exercised faith in the process, and hope continued to grow.

It wasn’t just doing loving acts toward each other that helped them fall in love all over again. It was their work to create a culture of love that did the trick.

The tool that helped Sophia and Ian fall in love all over again is called the Caring Behaviors Exercise.

Sophia felt loved and cared about when Ian spent time in the evenings talking with her, and when he called her at work just to see how she was.

Ian felt loved and cared about when Sophia sat with him on the sofa and held hands or gave him a back-rub.

It was when they started doing these things for each other every day without fail that their feelings began to change.

Sometimes couples try this exercise and it doesn’t work. It doesn’t work because there is a difference between an act of love and a culture of love.

When Ian spent quality time with Sophia in the evening, that was an act but it was not yet a culture.

Creating a culture of love means doing loving acts repeatedly until they become your natural reaction to your partner’s need.

As Sophia and Ian worked to create a new culture, a culture of love, new brain pathways were created. They began to unconsciously see each other as a source of pleasure rather than conflict. And in time a breakthrough occurred.

Ian was eager to grow in his ability to be present for Sophia. Sophia was excited about learning to express her desires in a positive way rather than with criticism.

In time trust was rebuilt and Ian and Sophia fell in love all over again!

What about you? Will you dare to believe that you and your partner can fall in love all over again? Take these four steps and see what happens!

How to fall in love all o… 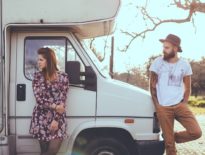 Marriage How is it possible for married partners to treat e… 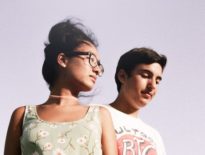 Marriage Resolving the conflict over money in your marriage…