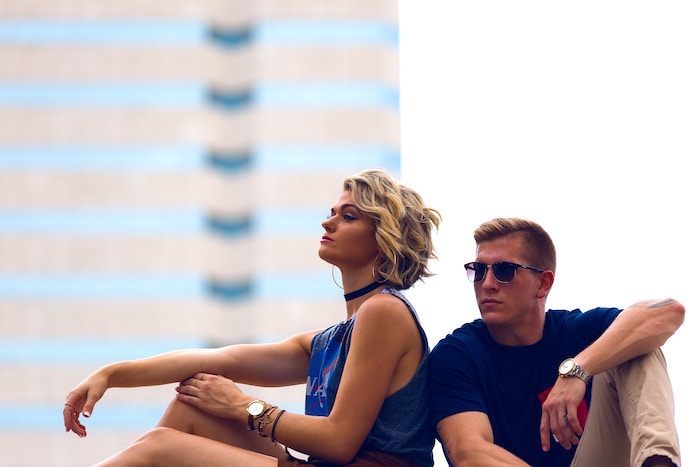 Jim and Patty’s marriage was in conflict. Jim was a logical, “black and white” kind of thinker while his wife Patty was more sensitive to emotions and in touch with her feelings.

They say opposites attract, and this was never truer than in the case of Jim and Patty.

Their conflicts usually ended with Jim arguing his point until Patty finally gave in to his “logic”. Patty would react emotionally, and she never felt like her opinion mattered.

For years, Patty went along with this until one day to Jim’s complete shock and surprise, she asked for a separation.

That’s when they sought help. Here’s what they said.

Patty: “Jim thinks he’s right about everything, and he tries to make me feel stupid.”

Jim: “I manage my team at work. I reason with them, and they all get my logic and everything goes smoothly. I can’t understand why Patty ‘doesn’t get it’ and it frustrates me because she’s so ruled by her emotions.”

Patty didn’t feel heard. And Jim felt like everybody in the world understood his logic but Patty.

What is the problem here?

Jim is a “separate knower” and Patty is a “connected knower”.

The theory of separate and connected knowing states that there are two different ways we know and learn. I’m no expert in epistemology, but I find this simple insight very helpful with couples.

Separate…as in detached from the object being studied. It’s the critical thinking approach.

It’s an approach that becomes adversarial and competitive, because it assumes that a group of random people can understand and describe a reality in the same objective way.

It has an attitude which says, “Prove it.” It holds that truth exists independently of who is doing the observation.

Nothing wrong with that!

The advancements in modern science and technology that we enjoy today are the result of brilliant minds engaged in “separate knowing”.

You got it! Connected knowers.

Patty is a “connected knower”.

Connected knowing adds to the knowing process things like intuition, emotion, and empathy. This kind of knowing is not detached and uninvolved.

While holding fast to your own view of reality, you stretch into your partner’s world to see and understand her or his point of view as fully as possible.

At first, Jim thought this was nonsense. He claimed that Patty couldn’t see truth clearly because her feelings distorted her perspective.

Connected knowers are often misunderstood in this way. Connected knowing is often referred to as “soft thinking”, and is not valued as much as clear, logical evaluation.

But connected knowing, when done well, uses the knower’s intuition, emotion and empathy as part of the knowing process, leading to even better independent judgments.

Connected knowing views the truth as a process that is evolving and co-created by those who are participating in it.

It realizes that observations from a detached, objective position will not necessarily result in an unbiased view of truth.

In marriage, you need your partner’s perspective to arrive at a fuller, more unbiased view of your reality as a couple.

Ok, enough theory. How did this help Jim and Patty?

Through the Couple’s Dialogue Jim began to suspend his own critical judgement long enough to enter into Patty’s world.

The first step was for Jim to “mirror” Patty (repeat back to her exactly what she said).

Patty: “When you argue your point, I feel like you’re not seeing everything. I feel like you have your mind made up and I have no room in the relationship. No room to be who I am and to have my own opinions.”

As Jim mirrored Patty, he began to see things he hadn’t seen before.

After mirroring, Jim checked for accuracy: “Did I get it?”

Then he turned on his curiosity with the question: Is there more about that?”

That powerful question that ignited curiosity in Jim’s brain also made it safe for Patty to get in touch with her feelings.

As Patty felt safe for the first time in a long time, she began to share how her childhood wounds were being triggered by this feeling of not being heard and valued.

Patty: “Yes, it reminds me of when I was little and I felt like my dad never listened to me. And mom was so busy I felt invisible.”

As Patty added this meaning to the collective consciousness between them, you could see a shift happening in Jim.

Suddenly he realized there was so much more going on in their relationship than meets the eye.

He began to see that his “separate knowing” was limited, leaving him with just his perspective, and blinding him to Patty’s.

The second step in the Couple’s Dialogue is validation.

Instead of seeing Patty as emotional and illogical, the dialogue helped Jim to see that her feelings made sense.

Jim: “Patty, you make sense. Growing up you didn’t feel like your dad listened to you, and with your mom you felt invisible. It makes sense that when I don’t make room for your opinion, you would feel that way in our relationship.”

Mirroring and Validation brought Jim into a place of “connected knowing” intellectually, but it was the third part of the Couple’s Dialogue that helped them reconnect their hearts.

Empathy is the third part of the Couple’s Dialogue.

Jim: “I can imagine feeling invisible, and feeling like your opinion doesn’t matter really hurts. And I can imagine the fear you have that this will never change and you’ll never get to be who you really are in our relationship.”

Jim was now fully experiencing connected knowing. As he saw what he hadn’t seen before, and felt feelings that he hadn’t felt before, there was a transformation that occurred.

Before this dialogue, he saw Patty as simply emotional and illogical. Now he was seeing her reality.

He was becoming aware that there were past experiences that affected the way she saw everything.

Connected knowing was helping Jim gain a fuller picture of their reality as a couple.

This was the beginning of a new relationship where they learned appreciate both “logic” and “feelings”.

In time Patty began to feel safer and more able to share her feelings with Jim.

And Jim discovered how enriched his perspective and his life can become if he engages in “connected knowing” with Patty’s help.

After Patty had talked and Jim mirrored her, it was Jim’s turn to talk. And Patty went through the Couple’s Dialogue steps with Jim of mirroring, validating, and empathizing.

Through the dialogue, Patty came to more fully appreciate Jim as a “separate knower”. Because he made it safe for her and engaged in “connected knowing” with her, she was able to see the value Jim brings to the relationship as the logical “separate knower” that he was.

What about you? Are you a separate knower? Are you a connected knower? Or, are you some of both?

How is the imbalance to one side or the other affecting your relationship?

Do you have a tendency to exalt your own way of knowing while putting down your partner’s?

It’s not a matter of one way being better than the other. Both ways of knowing are necessary to arrive at a more complete and unbiased view of realty.

So let’s learn from our partner how to resolve our marriage conflicts when one partner is “too logical” and the other “too emotional”.

How to resolve marriage c… 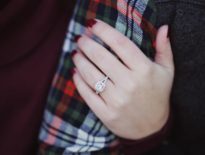 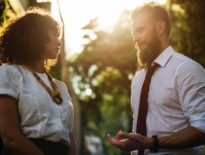 Marriage Why did I marry the most incompatible person on th…