When we overreact to something our partner says or does, we kill any chance of connecting with them.

The logic goes like this: The connection we long for can’t happen when a conversation is not safe. A conversation will not be safe when there is negativity. And negativity always fills the space between you when one of you overreacts.

So, if you do the math, overreaction = disconnection.

On the other hand, controlling our overreaction can make it safe enough for reconnection to occur.

The answer came to us last weekend when Sandy and I attended a Getting The Love You Want – Couples Weekend Workshop.

That’s right! We were at, in my opinion, the best marriage workshop on the planet! If you haven’t been, I really encourage you to go.

Our workshop leaders were none other than Harville Hendrix and Helen LaKelly Hunt themselves – authors of the book, and co-creators of Imago Relationship Therapy.

This was a dream come true for us.

And it was a great weekend…until I had an overreaction of my own.

What do you mean?

Well, on Saturday morning, Sandy and I had a disagreement and for the moment, I walked away from her and did NOT want to talk about it.

You’d think I’d just use the dialogue skills I know so well. Right?

Well honestly, it’s easier to talk about those skills and even write about them in a blog than to actually use them!

Because our reactive brain is so powerful when triggered, we’re often incapable of doing anything but overreacting. That’s why so many couples just can’t stop fighting. I get that.

For me, in this moment, to not overreact was impossible.

This may activate our partner’s childhood wound of being abandoned or rejected.

And some of us are like a “hailstorm” and we overreact by exploding outwardly.

This may activate our partner’s childhood wound of being smothered or controlled.

Here are some lessons we learned at the conference that helped Sandy and me to not only reconnect, but also prepare us for a completely unanticipated event that broke our hearts later that afternoon.

The first lesson was…

Sandy said something that really took the wind out of my sails. And even though we were in this amazing marriage workshop with these wonderful people, things went really negative.

Sandy: “I’m am glad we’re here together, but I don’t think you understand the stress I felt leading up to this weekend.”

Chuck : “She thinks she had a tough week! What about me? What does she have to complain about anyway? Why even try?! I’m done!”

And then, being the turtle I am, I start to pull into my protective shell.

BUT…here’s the amazing truth that will set you free!

You CAN control your second thought.

Chuck (thinking): “I should use my dialogue skills and stay present and curious with her rather than letting  this reaction cause me to withdraw.” (But then there was a fight inside me. “First thought” tries to take over.) “But I don’t want to. Forget it. She’s being unreasonable. I’m done.”

But then the thought came to me, “No, Chuck that’s your first thought. Of course you can’t control that. But what’s your second thought? The one you can control?”

(Still languishing in my first thought.)

Then it came to me…and I turned toward Sandy, standing courageously facing the conflict (not like me at all) and I said…

“Sandy, let me see if I’ve got what you said. You said you’re glad we’re here, but you don’t think I understand the stress you felt leading up to this weekend.”

That may sound weird if you’re not familiar with the “mirroring” skill (which is part of the Couple’s Dialogue), but that sentence stem became a powerful pivot point that helped me grab control of my second thought.

When I said those words, I could feel my overreaction subside, my curiosity switch on, and that kept me in the game with Sandy. I was able to stay present with her rather than abandoning her in the heat of the moment.

In that moment, I’m no longer thinking about how hurt I am. I’m now curious about Sandy and especially about the feelings that drove her to say those hurtful words.

It’s like a miracle occurred! From reactivity…bam! into curiosity.

That was a 180 degree turn that happened in a heartbeat.

All because you CAN control your second thought by using this powerful tool called mirroring.

Chuck: “Did I get that?” (checking for accuracy)

Chuck: “Is there more about that?” (continuing to be curious)

Suddenly she burst into tears.

Sandy: “I can’t believe that I’m doing the very same thing I asked you not to do a few weeks ago. I’m being so negative. Would you forgive me?”

This leads to a second insight I gleaned from the workshop.

2. Choosing to be present with someone who is overreacting dissolves their criticism.

Sandy’s criticism melted and in that moment she wanted nothing more than to connect with me.

You say, “Well I try to control my overreactions. But what if my partner doesn’t even try?

This is where you have the power to change the whole dynamic of how you’re interacting.

Choosing to be present with someone who is overreacting dissolves their criticism. Your partner won’t be able to continue reacting, because your regulated response will cause them to recompensate.

Harville Hendrix told of counseling a man suffering with schizophrenia who said he was Jesus.

Instead of reacting to him, he said, “Let me see if I got what you’re saying…” and he mirrored him. He kept mirroring him, and mirrored him some more.

Instead of reacting (which is what most people might do when someone claims to be Jesus), Harville controlled his reactivity by continuing to mirror him.

Soon, Harville could see how this man’s own inner logic made sense. It made perfect sense to this man even though we might not agree with his conclusion.

So, Harville validated him.

“You make sense. And what makes sense is…”

After he validated him, the man paused…and then said…“Well, actually my name is John.” 🙂

In the same way, when you control your reaction by mirroring, validating, and empathizing with your partner, guess what?

If you partner is off-base, they can see it and correct it on their own.

Why? Because when it’s safe, they don’t have to dig in their heels with their own opinion. The conflict is dissolved and there’s an openness to see your partner’s perspective.

There’s a third lesson we learned that helped us face one of life’s unexpected, tragic turns. 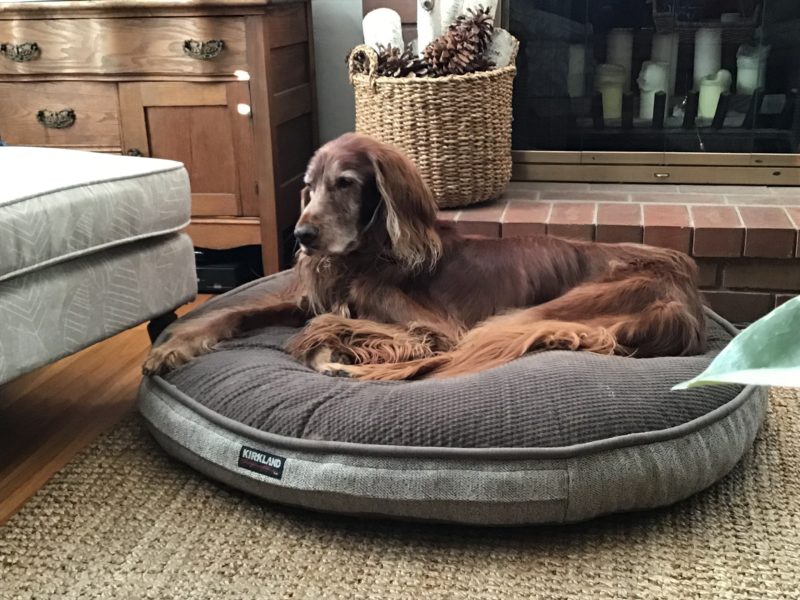 3. Guarding your connection helps you as a couple deal with unexpected loss.

Within an hour after experiencing this wonderful reconnection, Sandy got a text from her sister who was watching Brie, our Irish Setter, while we were away.

Brie had collapsed and couldn’t get up. She was almost 15 years old but seemed to be in perfect health.

We drove down the hill about 45 minutes and found her completely paralyzed. She could only look up at us with her soft brown eyes. We sat with her for about hour, and there was no change.

So we picked her up on her bed, gently put her in the back seat, and drove 10 minutes to the nearest veterinary hospital. 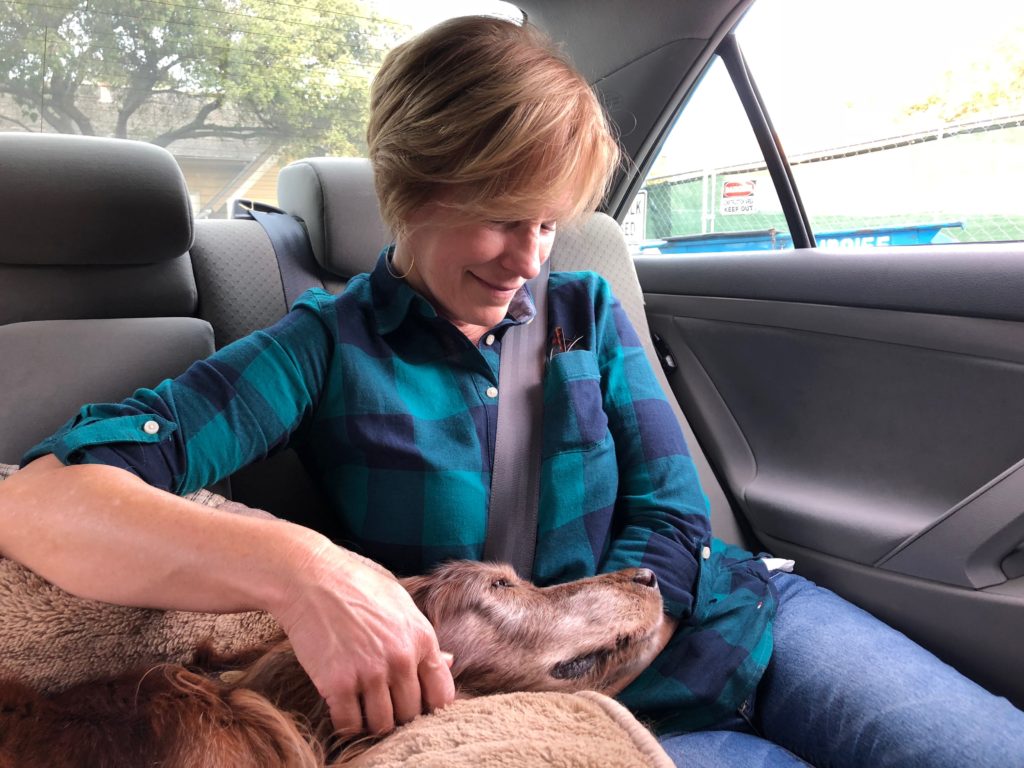 Bottom line, we had to put our baby down.

I never dreamed that would be so hard.

I was reluctant about adopting her over 10 years ago, and resisted the whole idea at first. But now the loss was almost unbearable.

Every day of the week that followed I was reminded in so many tiny ways how she had subtly woven herself into the very fabric of our hearts.

Needless to say there is now a huge hole in our hearts.

Hard times, experiences of loss will either draw you together as a couple, or blow you apart.

Imagine what this would have done to us had we gone into this situation upset with each other and disconnected. We could not have possibly been there for each other when we needed each other the most.

But because we had been able to regulate our overreaction and reconnect with each other, this huge loss has actually worked to draw us even closer together.

And we’ve been there to comfort each other every moment.

Over the last week there has been a lot of healing. And a powerful reminder that we need to guard our relationship and keep connected.

I hope this encourages you as much as it has us to stop overreacting and start reconnecting in your marriage!

How to stop overreacting … 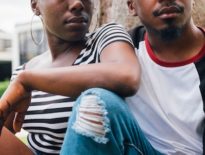 Marriage Why the best relationship tools to improve your ma… 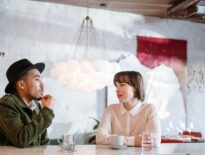 Marriage How to resolve every single frustration in your ma…