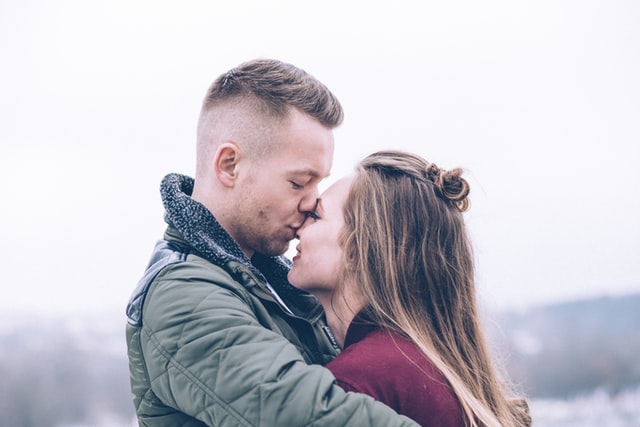 Wendy and Tom’s relationship was as passionate as it gets.

At least it started out that way.

When they were dating, they were crazy in love. At work, the hours dragged on for an eternity until they could finally be together in the evening.

Then, when they were finally together, they honestly didn’t know where the time went.

It didn’t matter what they did, just being together was enough.

They would often stay up till the wee hours talking, never running out of things to say.

Can you relate? Most of us started out very much like this.

But then came the Power Struggle Stage.

After they were married, and after the chemical rush faded, Wendy and Tom felt “the love hangover”.

In the Power Struggle Stage you wake up to the reality that you’ve married someone “different” from you.

That sounds trite, but during the Romantic Stage, you unwittingly gave yourself up for a time, because you were intoxicated and fused with this person who made you feel whole.

They could do no wrong. And it was easy to see things “his way” or “her way”.

When you’re in love, you are enmeshed and under the illusion that “we’re so alike” and “we both like the same things”.

This is called SYMBIOSIS and it’s pleasurable during the Romantic Stage, but becomes painful in the Power Struggle Stage.

SYMBIOSIS is where couples get stuck, wound each other, and end up SELF-ABSORBED on both sides.

For a couple to really connect and move from the Power Struggle to Mature Love there must be what experts call DIFFERENTIATION.

DIFFERENTIATION is what dissolves SYMBIOSIS and enables a couple to connect.

DIFFERENTIATION happens when couples allow space for each partner to be who they are and to be fully embraced in their differences.

Soooo much easier said than done!

Tom was shocked the first time Wendy said she didn’t want to ride with him on his motorcycle one Saturday morning.

Deeply disappointed, he sped off on a long ride by himself. Wendy felt abandoned.

Wendy didn’t know how to respond when Tom wanted to watch sports in the evening instead of talking with her.

Now it felt like he was bored with her. This made her angry, because she did not see herself as a boring person. “Why is he doing this?!”

The SYMBIOSIS that was so PLEASURABLE during the Romantic Stage is now terribly PAINFUL during the Power Struggle Stage.

This is when many couples either break up or seek help.

Tom and Wendy held out, hoping things would change, but secretly they both wanted out of the relationship.

For months they fought about everything. Things went on and on, unresolved.

Until one day the fighting stopped.

Yes, everything settled down. Emphasis on “settled”.

Like a lot couples Wendy and Tom settled.  They came to what you might call a truce. A truce involves a cease fire.

A cease fire is not the end of the war. It only means you’re not shooting at each other right now.

But hey, we’re not fighting so much now. That’s good. Right?

What was really going on?

Wendy and Tom were now stuck in symbiosis, locked in a parallel marriage.  They’re still together, but most of their needs are now being met outside the relationship.

Deep inside the unresolved anger still smoldered, slowly smothering whatever feelings of love were left.

Tom and Wendy began looking elsewhere to find those feelings of full-aliveness that were lost and missing in their relationship.

Human beings are hungry for connection, and all of us long for the feeling of being fully-alive that comes through connection with our intimate partner.

When you are in a relationship that’s not close, the pain of feeling that disconnection will drive you to seek feelings of full-aliveness elsewhere.

You’ll begin looking for that chemical rush in countless “exits” from the relationship. Anything to dull the pain and feel alive again.

Some legit. Some not-so.

Think hobbies, work, friends, extreme sports, gaming, a bit too much wine in the evening, Netflix binging, pornography, an affair.

Tom began spending more time playing sports and hanging out with his motorcycle friends, and Wendy started going on vacations with her girlfriends.

Things were more peaceful outwardly, but underneath this apathy, was a growing, silent contempt for each other.

Contempt of course is the biggest predictor of relationship failure.

In Wendy and Tom’s case, their feelings flatlined.

“I can’t deny my feelings. I don’t love him any more.”

“She’s done everything she can to kill my love. Now I just don’t feel anything for her.”

Honestly, I’d rather see couples at each others’ throats than in this place.

Anger is just the “other side” of passionate love.

So, when two angry partners reconnect…bam!!

That anger is transformed into passionate love.

It’s a process that happens through Dialogue and when it happens, it can happen in a flash.

It’s like a combination lock. You keep dialing the right numbers until one finally opens everything up. Breakthrough!

Anger is a sign that someone still wants the relationship. And conflict can be a good indication that you’re with the best person that can help you grow and heal.

Anger is an emotion that occurs when something we value is being violated or lost.

The key word here is “value”.

Both Tom and Wendy were no longer angry, and in their case that meant they no longer valued the relationship.

They were done. Flatlined.

When there’s zero emotion, the relationship may seem more peaceful, but in reality it’s six-feet under.

What if the feelings of love have ceased to exist? Passion has breathed its last? Romance has given up the ghost?

What if the love heartbeat has flatlined and the marriage is six-feet under? Can it be resurrected?

Through Imago Dialogue, Wendy and Tom began to find the safety needed to reconnect on a deeper level.

Through the process, they began to move from symbiosis and self-absorption to differentiation and connection.

I love the Imago process, because it ALWAYS WORKS. If it doesn’t work, it’s because somewhere we failed to work the process.

Through the Dialogue, Wendy and Tom began to re-image each other as different, as someone in pain, defensive because of wounds from childhood, rather than “an insensitive person trying to hurt me”.

I’ve written in more detail about the Dialogue process here, and here.

Along with the Dialogue, Wendy and Tom also did what Harville Hendrix calls the Caring Behaviors exercise.

And it’s all about…

Hacking your brain chemistry to rekindle your feelings for each other and create a safety zone for a deeper connection.

And here’s how it goes:

1. Both of you, make a list using the phrase, “I feel loved and cared about when you…”

OBJECTIVE: To share with each other specifics about what you want, what pleases you, what your partner could do that will make you feel loved and valued.

These may be very private fantasies but should not be a present source of conflict.

Here are some examples:

make me coffee in the morning…call me from work just to check in…tell me I’m doing a good job…help me with my chores around the house…spend quality time talking with me…take a shower with me…compliment me on how I look, give me a back rub…want to have sex with me…bring me an unexpected gift…cuddle without having to have sex.

2. Indicate the importance of each item with an A, B or C, with A being most important.

3. Exchange lists. Put an X by items you are not willing to do right now, making the list conflict free.

4. Commit to do these things for each other randomly at least three times a day over the next two months.

When these “caring behaviors” are done regularly, your lower brain (brain stem and limbic system) gets reprogrammed and begins to see your partner as a source of pleasure rather than a source of pain.

That’s when the chemistry gets rebooted and the romantic feelings revive!

Even when your feelings are COMPLETELY DEAD?

YES! That’s what happened to Tom and Wendy!

They moved from the Power Struggle to the Mature Love Stage.

It was hard but they did it. Because they kept on doing these caring acts.

Tom said, it felt “fake” at first. Because he felt nothing for Wendy.

But as he went against what he felt, and did these caring acts day after day, the flame in his heart for Wendy reignited. Before long the feelings of love he had for her returned.

For Wendy it took longer because she had a hard time trusting, not really believing that Tom would keep it up.

When Tom was asked what motivated him to keep it up, he said,

“The more I did these things for Wendy, the better I felt. The better I felt, the more I wanted to even outdo what I had done before. It was like a snowball effect growing stronger each week.”

Whenever you do a kind act for someone else, your lower brain thinks you’re doing it for YOU!

And that’s why it feels so good!

Tom is living proof of this!

Doing these caring acts for your partner will change you own brain chemistry, helping you to rise up out of the dumps and experience new hope for your relationship.

It will do the same for your partner, resurrecting feelings of love and creating a safety zone in the relationship where you can connect like never before.

That’s what happened to Tom and Wendy.

What about you? Are you in a relationship that has flatlined? In need of a resurrection?

Get to a place where you can have Safe Dialogue and implement this Rekindling Exercise.

And, like Tom and Wendy, watch your relationship be resurrected – from “flatlined to fully-alive”.

My goal is to provide free relationship tools and resources delivered to your inbox every week!
SaveSave

2 thoughts on “Need a marriage resurrection? How to go from “flatlined” to “fully-alive”” 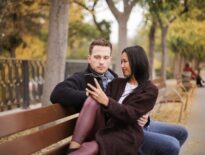 Marriage Why incompatibility is the basis for a great marri… 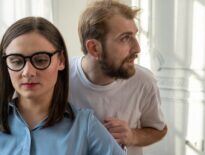 Marriage What to do when childhood defenses sabotage your r…