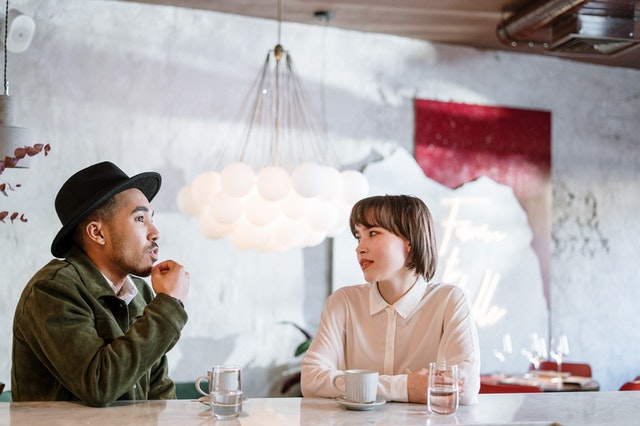 It’s true! You can resolve every single frustration you have in your marriage…if you understand this one important reality:

Learning to identify and communicate this desire in a safe and loving way will help you not only resolve your frustration, but transform your marriage!

When you resolve frustrations in your marriage by unlocking and fulfilling hidden desires, you become more whole as a person, more fully present, not only in your marriage, but in every arena of your life – family, work, community, world.

That’s my heart’s desire for you!

So how do I turn a marriage frustration into a spoken request so that it can be resolved?

1. Seek first to understand, then to be understood.

About 90% of our frustration in a relationship comes from history.

When a husband says, “You never want to have sex”, his frustration may be connected with an experience in childhood where he received messages that he was inadequate or messages of rejection.

So when he hears, “Not tonight. I’ve got a headache”, he goes ballistic.

How could he be angry when his wife has a headache? That doesn’t make sense.

But what does make perfect sense is that this perceived rejection is triggering those old feelings of inadequacy.

When a wife says, “You don’t listen to me!”, it can be connected with experiences in her childhood where she had feelings that “what you have to say doesn’t matter”.

Though she’s not conscious of it, she has a lot of pain around the question “Do I matter?”

So when her husband does something as simple as looking at his phone when she’s talking to him, it triggers something much more powerful than he realizes.

That 10% stimulus produces a 90% reaction, and the next round of the power struggle begins. And the husband is left wondering what he did that was so bad.

Can you relate to that?

Do you see why it’s so important to first seek to understand before being understood?

2. Listen for your partner’s hidden desire for connection.

The hidden desire behind your partner’s frustration is always to connect with you.

That frustration, that criticism, that off-handed remark, that demand, that glare, is all because your partner doesn’t feel connected with you.

It may be hard to believe, but it’s true.

Your partner’s frustration is because they feel disconnected and don’t like it.

And so, like an infant screaming to be fed and have it’s diaper changed, your partner is unconsciously making life as miserable as possible for you until you figure out what they need.

And what your partner needs is to be emotionally connected with you and cared for by you.

Janet said to her husband, Rick, “You never listen to me. You’re always checking your phone. I feel like I’m talking to a wall!”

Rick didn’t understand why she was so frustrated. He was under the gun at work, and during this season he had to stay close to his phone. He thought he had made that clear to her.

But Janet was frustrated. And she felt justified in her frustration. This was her story and she was sticking to it!

But Rick changed the game they always played. That game of blaming and defending every time they encountered a frustration.

Instead of this becoming a slug-fest, he used his safe conversation skills to dialogue with Janet about this frustration. He had learned that behind every frustration is an deeper, unexpressed desire for connection.

He said, “I can tell you’re upset. Can you tell me what you’re feeling?”

And as they talked, Janet was eventually able to uncover what was behind her frustration.

And as she went on, Rick could see Janet’s reality, the inner logic that made sense to her, and it was all now beginning to make sense to him.

He realized that behind her frustration was simply a desire to be connected with him in a way that made her feel loved and valued.

As Rick continued to make the conversation safe for Janet, the hidden desire behind her frustration bubbled to the surface in the form of a wish expressed.

“Every day I just want some time with you where I feel loved and completely accepted.”

As they both stood there, feeling deeply vulnerable, Rick did one last thing that sealed the deal for Janet and made her feel really connected with him.

3. Ask your partner what you can do to fulfill this hidden desire.

As Rick mirrored Janet’s words he was able to empathize with her feelings and desire.

Then he asked, “What is one thing I can do that will help you feel that love and acceptance?”

Janet thought for a moment and then said, “The next time we go for a walk would you leave your phone at home so we can talk?”

That request was based on Janet’s hidden desire that was at the root of her frustration.

Rick committed to this, and even better yet, on their walk the next day, Janet noticed he didn’t have his phone with him.

This made her feel so loved and safe with him. Not only was their frustration resolved but they felt more deeply connected.

So this is how you can resolve every frustration in your marriage.

– Seek first to understand, then to be understood.

– Listen for that hidden desire for connection.

– Ask what you can do to fulfill this desire.

By following Rick’s example I’m convinced we can resolve every single frustration we encounter in our marriage!

How to resolve every sing… 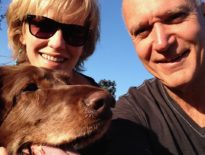 Marriage How to stop overreacting and start reconnecting in… 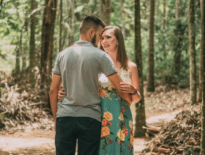