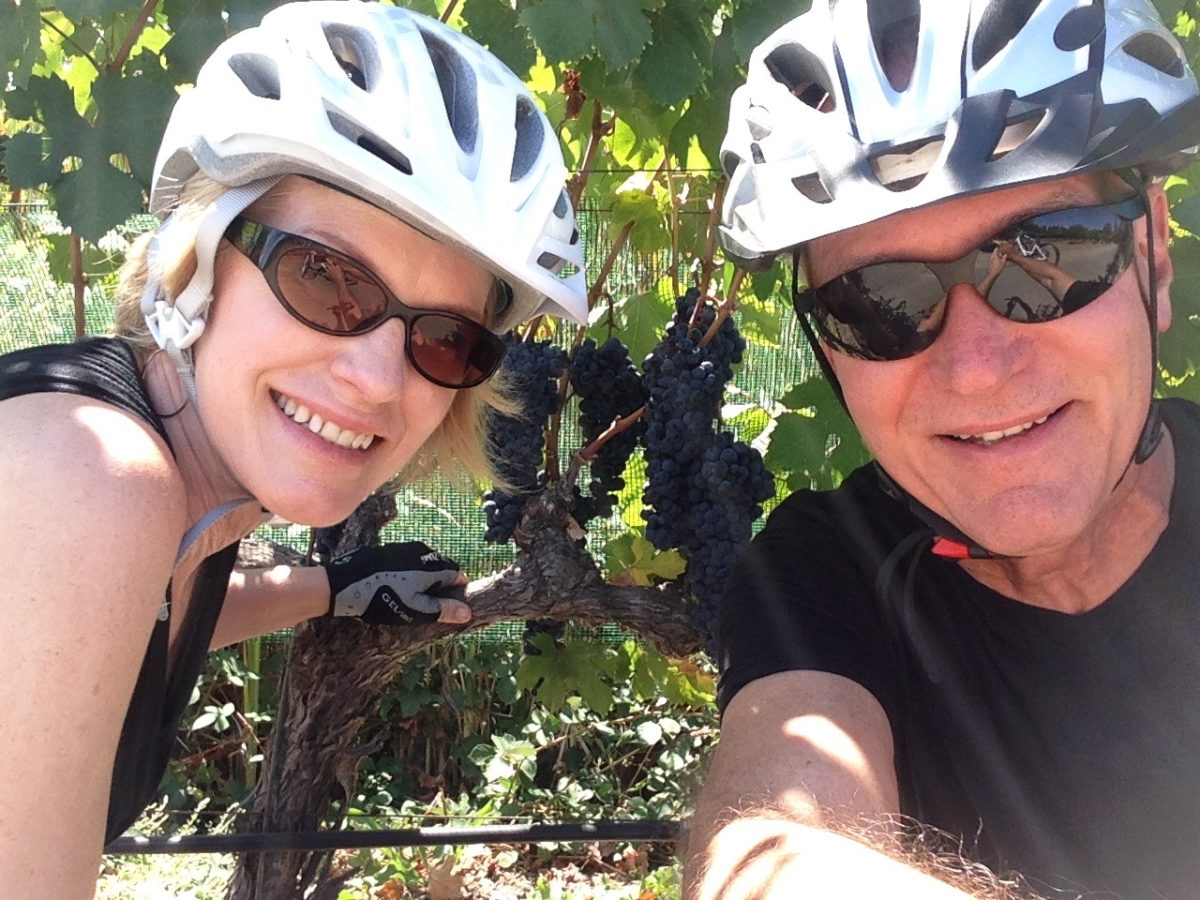 I was that husband avoiding conflict!

Here are three powerful insights that helped me stop avoiding conflict, and start engaging in a way that led us to a deeper connection as a couple.

Last week I wrote a personal account about how “Our fights started on our honeymoon! Is there any hope for us?”

The focus was on Sandy’s feeling of abandonment whenever I (Chuck) would withdraw from conflict.

Today’s focus is on how I felt controlled whenever Sandy would be upset about “being abandoned”.

Can any of you guys relate? No wonder I avoided conflict, right?

Here are some insights that helped me do my part to break this unhealthy pattern.

1. Avoiding conflict can activate the childhood wound of abandonment in your partner.

When I pulled away from Sandy to avoid conflict, I thought I was doing a good thing.

I thought, “Fighting is bad.” “Not fighting is good.” So let’s not fight.

I couldn’t understand why Sandy would get so hurt and upset when I was just “trying to do the right thing”.

It was because I didn’t see how avoiding conflict was affecting her.

My withdrawal triggered her feelings of abandonment at the deepest level.

According to Dr. Herb Tannenbaum, when our childhood wounds are triggered… 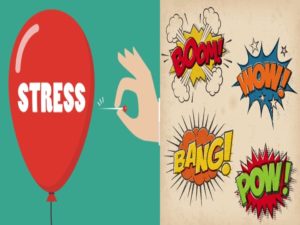 A five watt stimulus can produce a 1000 watt reaction.

So the first step for me was to become conscious of how my actions to avoid conflict activated Sandy’s childhood wound of abandonment.

You can read more about that process in last week’ post.

2. Avoiding conflict keeps you from getting the love you want.

Why did I avoid conflict?

Because I feared intimacy.

This strategy of avoidance helped me survive a childhood, where I often felt smothered and controlled.

As a child, connection and attachment was not a pleasurable experience.

So, in my adult relationship, I feared intimacy because it was tantamount to intrusion and absorption and control.

And yet what I craved more than anything was that very intimacy I was missing by avoiding conflict.

Wow! Talking about a dilemma!

I craved connection with Sandy. And yet I avoided the conflict that could lead us to that connection.

If conflict is handled well, it can lead you to a deeper connection and to getting the love you want.

We get married because we have found someone who will help us finish our childhood, by healing and recovering parts of ourselves lost along the way.

We know intuitively that this person is the key to feeling fully alive and whole again.

So marriage makes a lot of sense.

The problem is that conflict is what catalyzes the healing and growth that results in wholeness and full-aliveness.

So, if I’m avoiding conflict, I’m missing out on the whole deal.

I realized that Sandy and I did not feel connected. And by continuing to avoid conflict I was settling for less, willing to live in that disconnected state.

And it doesn’t end there. If you don’t address this it will get worse.

The partner who is avoiding intimacy will look for substitutes for that intimacy in things outside the marriage.

Things that bring a temporary feeling of being alive but it doesn’t last.

In my case, I was first driven to pursue my career with passion.

Nothing wrong with that in itself, but when it’s a replacement for the real intimacy missing in your marriage, it always turns out to be an empty illusion.

The more I would seek my full-aliveness in work…you guessed it.

The more Sandy would feel abandoned.

And although she was careful not to criticize, her negative feelings came through.

I just wasn’t measuring up!

And it was true.

What a wife needs most is to feel connected with her husband. And that feeling of connection was not there.

When the glory my career accomplishments faded, I turned to my lifelong love affair with music and my guitar became the new “mistress”.

Then it was my infatuation with road biking…

…all good things, but all empty in the end.

When we’re in a marriage that doesn’t feel connected, we look for exits that we think can fill the emptiness and loneliness.

But they don’t really work. And the pattern continues.

Experts tell us that only 10% of married couples report having a truly satisfying relationship.

We were one of that 90% – staying married, but not happy campers.

…or they settle for a “parallel marriage” where they are relatively happy together, but most of their needs are being met outside the relationship through things like work, hobbies, social causes, sports, gaming, etc.

This is where we were.

But thanks to Sandy we didn’t settle there!

What did Sandy do? She talked about it.

And I’m glad she did, rather than settling for less.

I so admire her for that. She was able to identify what was missing in our marriage, and that is the reason we are where we are today.

So speak up. But do it in the context of a Safe Conversation so transformation of your relationship can occur. 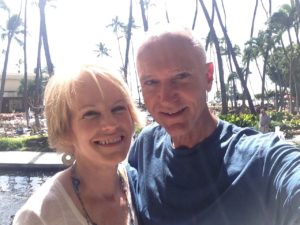 Our marriage was transformed the day I realized that full-aliveness doesn’t come through all the things I was seeking outside our relationship.

Full-aliveness comes with safety, connection and passion in my relationship with Sandy.

Like Dorothy of the Wizard of Oz, I realized that everything I needed was right here with me all along.

But how did this change happen?

3. The “Commitment Dialogue” helps the “avoider” stay present and heal the one who feels abandoned.

Nothing happens in a relationship unless it’s safe.

One drop of negativity renders a conversation unsafe and therefore nothing transformational can happen.

Whenever someone criticizes someone (even so called “constructive criticism”), the conversation is unsafe.

And did I say that nothing happens in a relationship unless it’s safe?

Ok, so how did you get to a Safe Conversation that brought about this change in you and Sandy?

The most powerful tool we found is called the Commitment Dialogue from Imago Couples Therapy.

Here’s how it went for Sandy and me.

After I integrated the first two insights I’ve shared above, i.e.,

1. My avoidance was hurting Sandy at the deepest level, not because I was evil, but because neither of us were conscious of the childhood wound of abandonment that was so painful.

2. My avoidance was ripping me off from the experience of full-aliveness in my relationship with Sandy.

I was ready to do…

Here is a summary of what happened:

Chuck made an appointment to dialogue with Sandy.

Chuck began with the sentence stem, “One activity I use to avoid connecting with you is…” And I talked about how I withdraw when I feel criticized.

Sandy mirrored using the stem, “What I hear you saying is..” She checked for accuracy by asking, “Did I get it?” And then she remained curious by asking, “Is there more about that?”

Chuck continued with more details that went deeper into his childhood.

BTW: Curiosity helped Sandy regulate her reactive emotions, and made it safe for Chuck to access his feelings.

(As a result, several new insights dropped out of  my unconscious mind, helping Sandy to better see and know the real me. And it helped me to see me too :-).

Can you see how it would have shut things down if Sandy had allowed feelings of abandonment to cause her to react rather than remain curious?

Did I say nothing can happen in a relationship that’s not safe?)

Sandy summarized what Chuck said and then VALIDATED it, using the stem “Chuck, what you’re saying makes sense, and what makes sense about it is…

Then she EMPATHIZED with Chuck saying, “I can imagine that it feels…”

Chuck finished the dialogue by saying, “I’m committing today to keep talking about this with words, rather than acting it out and withdrawing from conflict.”

At this point the new paradigm was integrated, a shift occurred, and Chuck transformed fundamentally into an “engager” rather than an “avoider”.

It’s not perfect, but it is truly a fundamental shift that has changed everything.

Now when I feel criticized or controlled, I’m working toward facing it and talking about it rather than avoiding it.

That new area of growth for me is hard. But it enables me to be present with Sandy when she needs it most.

When I do that, it brings healing for her.

The area of growth for her is learning to communicate her feelings in a safe way with zero negativity.

And of course that means healing for me.

And that makes it much easier to stay present with her and deepen our connection.

The old cycle of criticism and withdrawal is being replaced with one of safety and connection.

This new partnership of healing and growth is a “win-win” to say the least.