When Dennis and Marsha came to see me, their negativity toward each other was off the charts! Here are some steps they took to turn a nasty conflict into a deep and loving connection.

1. Start by sharing an “appreciation”.

When a relationship causes us pain, we begin to see our partner through the lens of negativity.

Using a tool called “Four Powerful Appreciations” every day can change this lens from negative to positive.

Click here to read more about how gratitude can radically change your relationship.

Sharing “appreciations” regularly pushes negative energy out of the space between you, and fills it with positive energy.

That’s when your unconscious brain starts to identify your partner as a source of pleasure again. The result: feelings of safety.

It’s also important to share an appreciation before you share a frustration. Doing that helps creates a safer space between you, making it easier for your partner to listen to your frustration rather than react to it.

Marsha shared her appreciation with Dennis in this way:

“Dennis, one thing I appreciate about you is the way you always take care of my car, making sure it’s always clean and well maintained.”

As Dennis mirrored the appreciation, he saw for the first time how that act of kindness made Marsha feel especially loved and cared for.

You could feel the atmosphere in the room change, as the space between them was filled with positive energy.

After sharing the appreciation with Dennis, Marsha went on to share a frustration – something that typified the regular conflicts they had been having for years.

She said, “The other night when I was talking to you in bed, you just turned over and went to sleep.” Marsha was furious, and typically she would accuse him of not caring about her.

But instead of blowing up with a negative expression like, “You never listen to me!”, the Couples Dialogue helped Marsha use “I” language, focusing on what she felt rather than what Dennis had done.

“When you went to sleep, I felt so lonely. And I was so angry I didn’t speak to you the next day.”

Simply asking Marsha to describe what she felt, rather than what Dennis was doing, helped her get more in touch with what she was feeling.

Marsha’s anger was a surface emotion that was masking her deeper feeling of loneliness.

When Dennis drifted off to sleep while she was talking, it triggered that loneliness.

Her reaction to that feeling was anger toward Dennis. She expressed that anger by giving Dennis “the silent treatment” for a whole day.

3. Connect your frustration to a childhood wound.

As Dennis mirrored these words back to Marsha, she was able to go deeper into her feelings.

“It reminds me of when I was little and what I said never mattered.”

Marsha had grown up the third of four children. Her older siblings always dominated their conversations and made all the decisions. On top of that, her mom always seemed preoccupied with her younger sister.

Growing up, Marsha felt like her thoughts were inferior, and her feelings were not valid. As she entered school with this belief, it all became a self-fulfilling prophecy which limited her in life and in relationships.

As she was making this connection with her childhood, it became obvious that her reaction to Dennis was unfair. She was reacting to him with all the pain she felt from childhood. He was not the source of her reaction. He was only the trigger.

And, until now, Dennis could never understand Marsha’s “extreme reaction”. It would cause him to pull away even further, because her criticism triggered his own childhood feelings of inadequacy.  This, then, activated even deeper feelings of abandonment or rejection in Marsha.

This cycle of conflict repeated itself over and over again, almost completely destroying their relationship.

The Couple’s Dialogue helped them disrupt this pattern and begin turning their conflict into connection.

Dennis validated Marsha’s perspective by saying, “What you’re saying makes sense. You always felt like what you have to say doesn’t matter. So it makes sense that my falling asleep while you were sharing important thoughts would make you feel bad.”

Validation helps you see your partner’s differences without judgement, and therefore without polarization and conflict.

It also makes your partner feel valued and safe and helps them drop their walls and defenses.

5. Empathize with your partner’s feelings.

Dennis was able to go even further into empathy with Marsha. “I can imagine how painful it is to be treated as if your thoughts aren’t important. It must be especially hard, because you expected that I would treat you differently from your parents. Instead I fell asleep, as if what you were saying was boring or not important. That must have really felt bad”

Back in that heated moment, Dennis had responded defensively saying, “Hey give me a break! I worked hard today and I was exhausted. That’s why I fell asleep. Why do you have to make such a big deal out of everything?!”

But as he empathized with Marsha, defending his own position didn’t seem so important any more.

Empathy caused his perspective to shift so that he could see Marsha’s pain, rather than just his own frustration.

It’s in the safety and closeness of this kind of moment that Behavior Change Requests are powerful. BCRs should be S.M.A.R.T. – Specific, Measurable, Attainable, Relevant, and Time-based.

Marsha made this request of Dennis…

“The next time we’re talking, would you sit up, look in my eyes and listen to me…and mirror what I’m saying?”

Usually we encourage three requests that your partner can choose to grant, but this one request was on the money.

Dennis eagerly agreed to grant this request, and they talked about how their newly learned skill, “mirroring” (the first step in the dialogue process), would help Dennis stay interested and curious (and awake :-)). And it would ensure that Marsha felt heard and valued in the process.

The powerful thing about this little breakthrough was that this conflict was similar to most every other conflict they had.

Because they were able to turn this conflict into connection, they saw how every future conflict had this same potential! Wow!

Of course it’s easier said than done. But it’s exciting to see the journey that Marsha and Dennis are on – turning marriage conflict into deeper connection!

What about you? Try using these steps to turn your conflict into connection. 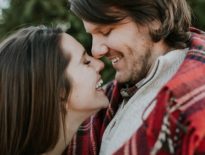 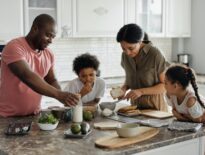 Marriage Is criticism wrecking your marriage and hurting yo…