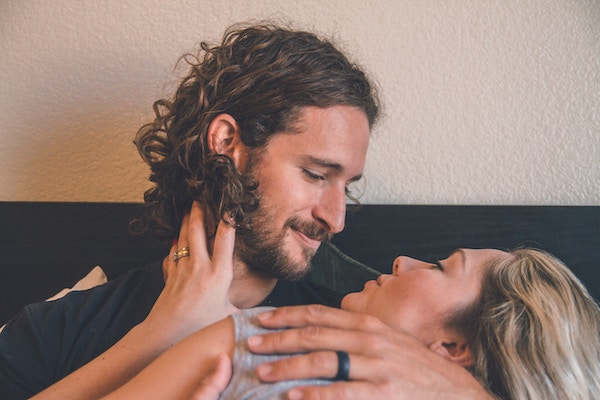 Peter and Kathy had an amazing marriage breakthrough! But after a few months they found themselves stuck again in the same vicious cycle of blaming and defensiveness that almost ruined their marriage before. Only now it seemed worse.

Here is a couple who was able to dissolve all the anxiety that was driving their Power Struggle and connect with each other in a deeper way than ever before!  Their marriage moved from the brink of failure to a picture of marital bliss! They were so happy! So was I as their coach!

But a few months later all those feelings were gone. They felt like all the ground they had gained in their relationship had been lost. Once again they were considering separation.

It was something that I discovered only recently.

When a couple rekindles Romantic Love, it hurls them back into the Power Struggle!

Most marriages begin with Romantic Love. Then comes the Power Struggle.

Then, with a commitment and the right tools, a couple can move through the Power Struggle to Mature Love and to the World Impact Stage where the changes in their marriage begin to positively impact their children and their world.

Here is the graph I made to depict that journey.

The problem with this model is that it suggests that when you get to the World Impact Stage you’ve arrived!

Then your marriage is one of eternal bliss that continues “happily ever after” as you ride off into the sunset to go out and change the world!

I wanted to believe that! I really, really did!

Marriage is a journey of healing and growth that doesn’t end with the first breakthrough you have.

There is no place of arrival where you are both healed and where you no longer need to grow.

You and I will always long for new levels of healing. And we will always discover areas where we need to stretch and grow and discover lost and undeveloped parts of ourselves.

And that’s why, when we rekindle Romantic Love, it hurls us right back into another round of the Power Struggle!

So the Couple’s Journey actually looks more like this:

Instead of a linear path, the Couple’s Journey is a progressive cycle that repeats these four stages.

As you go through this cycle, there is connection, rupture, repair, and then reconnection that occurs over and over again.

Realizing that this is normal helped Peter and Kathy feel better, and regain hope that they could get back on their journey toward healing and wholeness.

As we worked through this “second power struggle”, Peter and Kathy discovered some childhood adaptations that were fueling this new Power Struggle. Some unconscious defenses they had never been conscious of before.

Peter realized he would withdraw from Kathy whenever she was “overreacting”. He did this without even knowing he was doing it.  Through the Couple’s Dialogue, we discovered that this defense was deeply connected to the way he felt smothered as a child by his mother.

Kathy would explode when she felt Peter “leaving her”. This defense was deeply connected to the times when Kathy felt like her mother was not emotionally available to her when she was a child.

Through the process Peter saw that his own unconscious reaction to Kathy was just as powerful as her outbursts. It’s just that his defense, which was to withdraw his emotional presence, was silent while Kathy’s was sometimes very loud.

Why did they not see this before? I don’t know.

But when they became conscious of these newer, deeper dynamics, two things happened.

Peter began to grow by staying present with Kathy rather than leaving when she was upset. This immediately had a healing effect on her wound of rejection.

Kathy began to grow by regulating her emotions, making it safe for Peter to stay present. This had a healing effect on Peter as he overcame his fear of intimacy and his childhood feelings of being smothered by his mother.

This process of working through the second Power Struggle helped Peter and Kathy reconnect once again and get back on the path toward healing and wholeness. They were able to use the same skills they learned before to go even deeper this time.

It feels like a game of Chutes and Ladders.

Sandy once said that our progress felt like a game of Chutes and Ladders. Sometimes we land on a chute and slide all the down to where we were before.

It sometimes feels like you’re starting over. But that’s not true. You’re actually going deeper.

It’s something even better than “happily ever after”.

Even though romantic love fades away, romance never has to end.

Because in the fairy tale ideal of “happy ever after”, there’s no program for healing and growth.

Without conflicts brought about by the power struggle, our relationship would eventually die anyway. It’s a principle of nature that, if something is not growing, it’s dying.

Also, relationship science tells us that, ironically, you and I would never really be happy with someone who doesn’t push our buttons and help us finish the work left undone in childhood.

As Peter and Kathy made the choice to recommit and work through this second power struggle, they were encouraged by what happened.

And they discovered it does actually get easier.

They learned that each time around the cycle the rupture feels less catastrophic, the repair process happens faster, and the connection feels even deeper than before.

Also as they continue around the cycle, the emotions connected with the Power Struggle become less toxic to the relationship as understanding, curiosity, and compassion grow.

So this is WAY better than merely “happily ever after”!

What about you? Have you had real progress in your marriage only to be set back?

It happens. But like Kathy and Peter, you can stay on the journey no matter what.

Even though it will recycle through the Power Struggle, and you may feel like you’re in a game of Chutes and Ladders, eventually you will get there!

And you will have a marriage filled with safety, connection, passion and full-aliveness!

Which is better than “happily ever after”! 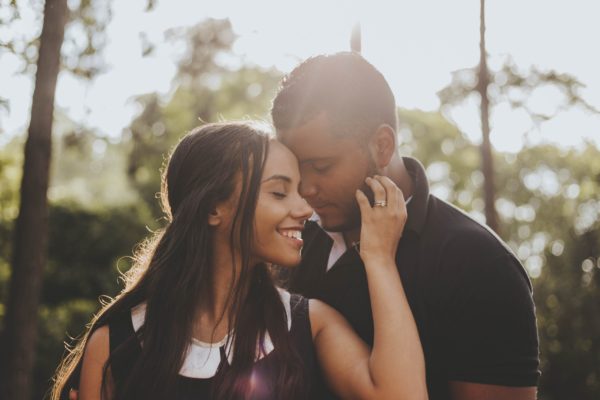 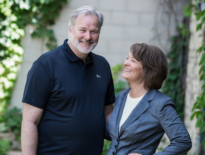 Marriage Heal your marriage and you heal the world!