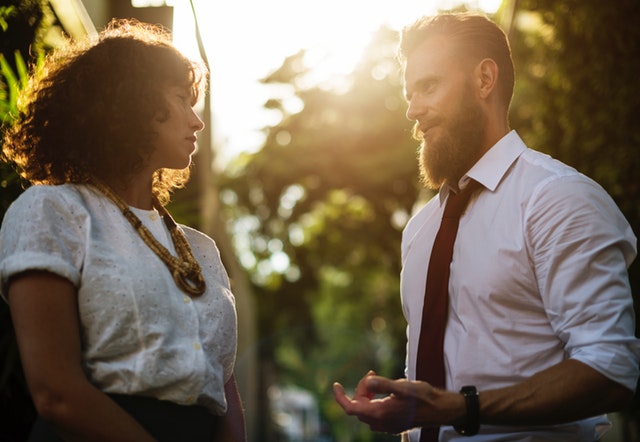 If you’re thinking of divorce on the grounds of incompatibility, STOP and think again!

The dating sites have it all wrong.

Dating sites are good at matching you up with someone with whom you are compatible. No question about that.

Finding someone compatible with you sounds like a great idea, but there’s one problem with this approach.

You won’t bond with that person!

Oh, if you’re just looking for a companion this can work fine.

But if you want hot romance, forget it.

The sparks will fly only when you connect with someone with whom you are incompatible.

Why are we drawn to someone with whom we are incompatible?

The incompatibility I’m talking about has to do with something going on in your unconscious mind.

We are attracted to someone with the positive and negative traits of our parents.

Ron was super popular in college. There were at least three attractive women who had serious crushes on him.

He dated and got along really well with these women. But everyone was surprised when Ron fell for Debbie, a girl who did not fit the image of the perfect match for him.

While Ron was outgoing, Debbie seemed aloof and socially withdrawn.

Why was Ron drawn to her? Why did he choose Debbie when there were so many other more compatible prospects?

The scientific reason is that…

Our lower brain only releases the romantic love chemicals that cause us to fall in love when we find an “Imago match”, i.e. someone who has the positive and negative traits of our parents.

Ron grew up feeling neglected by his mom. His mom was distant emotionally. Debbie was like that.

Ron’s mom tended to be depressed. So did Debbie.

Even though Ron had much more in common with the other girls he dated, he had more feelings for Debbie than for all them put together!

It was this Imago match, this composite image of Ron’s early caretakers, particularly his mom, that drew him to Debbie.

But why are we drawn to someone like our parents?

Our “unconscious relationship agenda” is to finish what we didn’t get in childhood.

It may sound absurd, but Ron was drawn to Debbie because she had the very traits that would activate the wounds, frustrations and unmet needs from his childhood.

His unconscious hope was that he would finally get the love he always needed from a person similar to the one who denied it when he was growing up.

This unconscious agenda is a primary factor in our choice of a romantic partner.

Growing up we all experience wounds, frustrations, and unmet needs to some degree.

From your very first interaction with your parents, your lower brain starts “videotaping” everything they do.

The things that that register and stick in our unconscious mind are those experiences where our needs weren’t met. Each wounding experience takes up permanent residence in our memory.

Your lower brain (the part that is all about survival) is crying out something like, “I need mom’s attention to survive! I’m not getting that and yet I have to have it to survive!”

When Ron experienced neglect from his mother who was often depressed and detached, his anxiety would turn into rage.

Debbie was romantically drawn to Ron with her own unconscious agenda to “finish” her childhood as well.

Debbie’s wound growing up was similar, but her way of coping was opposite from Ron’s.

Her dad was outgoing like Ron but was preoccupied with work, and often had angry outbursts.

In order to avoid feeling smothered and overwhelmed by her dad, she learned to detach emotionally and avoid closeness with him.

Both Ron and Debbie needed a more consistent feeling of connection and safety growing up.

Ron learned to throw tantrums for attention while Debbie learned to cope by escaping into her art and reading.

We are drawn to someone who has a similar wounding that we had, but an opposite way of coping with it.

This fundamental “incompatibility” is hidden from our awareness in the Romantic Stage of our relationship (darn those rose-colored glasses!), but becomes painfully apparent when we enter the Power Struggle Stage.

So we can see how Ron and Debbie entered adulthood with an unconscious agenda to get those childhood needs met someday, somewhere, by someone.

And so, when they found each other, that is a major reason they fell in love.

Ron and Debbie show how our unconscious mind pairs our childhood needs with someone similar to the parent who didn’t meet those needs.

The problem is that romantic love hurls us into a relationship without our being conscious of these hidden agendas.

As a result of this Imago match, the person you fall in love with has the ability to trigger memories of the parent in childhood with whom you had the worst time.

After the romantic feelings faded, Debbie began to feel smothered by Ron. The childhood wound from her dad was triggered, and she’d pull away from Ron saying she “needed space”.

This of course triggered the childhood feeling of abandonment Ron experienced during the times when his mother would be emotionally unavailable.

This ignited all the rage he felt as a child. His reaction had the effect of smothering Debbie even more. This is where the dynamics of their power struggle began.

Couples begin to talk about divorce on the grounds of incompatibility when they realize they need something their partner can’t give them and they lose hope that things will ever change.

Chuck, it sounds to me like romantic love is nature’s “dirty little trick”.

It really does seem that way.

Ron said, “Debbie and I were so in love! It wasn’t until after we got married that I realized we are so incompatible! And now my dream of a happy marriage has become my worst nightmare!”

But it’s not a dirty trick.

Romantic love is actually a very effective way to get you to commit to someone who otherwise would  cause you to run away in the opposite direction as fast as you can!

“I don’t get it! Why did I marry the most incompatible person on the planet! What was I thinking?!”

Now you know. It was an unconscious relationship agenda that drew you to the person who will be the key to healing your childhood wounds.

You can only finish childhood with someone similar to the one with whom it got interrupted.

It would be nice if our brain said, “Let’s go find an ideal person, someone compatible with whom we can finish childhood without all this conflict and struggle.”

But it doesn’t work that way. Your Imago is the template that guides you in that selection process.

OK then, how is incompatibility the grounds for a great marriage?

Ron and Debbie show how we begin in the Romantic Stage and soon enter the Power Struggle stage of the relationship. That’s where they got stuck.

But they didn’t stop there. Through the Imago Dialogue process they were able to mirror, validate, and empathize with each other.

As they continued to do that with the help of an Imago therapist, every issue of “incompatibility” became an opportunity to heal the past and to grow into new behaviors that continued the healing process.

They showed how, if you hold this “tension of opposites” without letting it go, without giving up on the relationship, then you can grow into a new way of being with each other.

This is how an incompatible relationship becomes a win-win proposition: a healing and growth partnership.

What about you today?

If you’re in conflict with your partner, you’re not with the wrong person. You’re with the person that your unconscious mind chose and put into your life so that you can finish childhood.

“Irreconcilable differences” is not a reason to separate.

On the contrary, it may be the greatest opportunity you’ll ever have, not only to heal and grow into the person you want to be, but also to have the marriage you’ve always dreamed of.

2 thoughts on “Why did I marry the most incompatible person on the planet?”

Why did I marry the most … 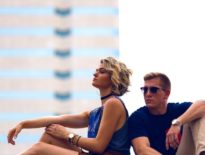 Marriage How to resolve marriage conflicts when one partner… 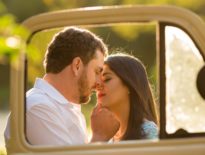 Marriage How to have the kind of marriage communication tha…